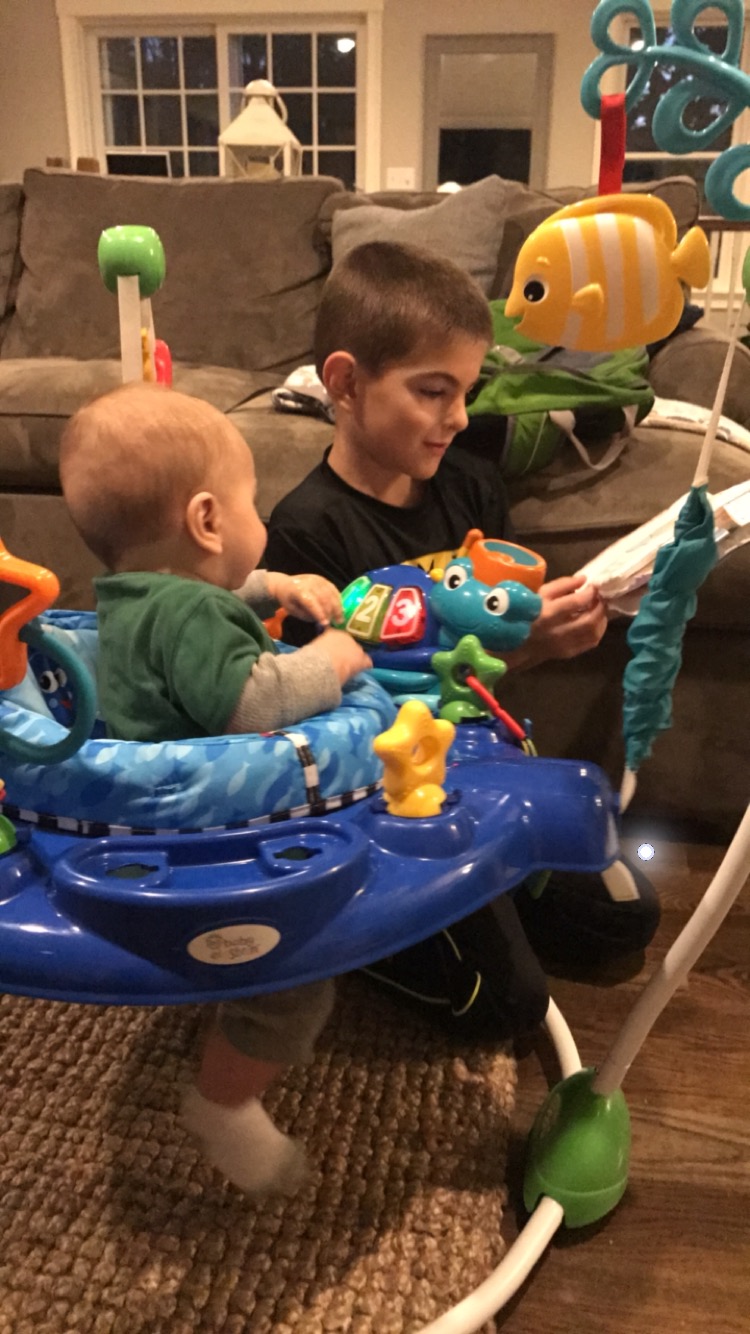 So most of you know that I have 7 year old twin boys, Michael and Drew. They started first grade this year and is so fun to watch them learn things like math and reading at such a rapid pace.

Over the summer, we tried to make sure we stayed on top of their reading.

Usually I’d read a book, then Drew would ask to read. Michael would be there, but never really wanted to do the reading.

Towards the end of the summer, I asked Michael to read me a book. He’s definitely not as fast of a reader as Drew. He takes a lot longer to spell out the words and second guesses himself a bit more, but he can do it.

Anyway, we got to the word “swimming”. He would sound it out *perfectly*, but then when he went to SAY it, he would say something totally different.

He started to get very frustrated and started to cry. He said, “I can’t do it. I don’t want to read anymore”.

Oh my God, my heart broke because I KNEW he could do it. He KNEW the word – he was sounding it out, he just wasn’t putting it together quickly enough to realize what the word was. He was WAY over-thinking it. I think because it was a bit longer than most of his sight words maybe? I don’t know but we were both frustrated at this point (God bless you, teachers. I could never).

“Michael, do you know how CJ (my youngest was just about 3 months old and Michael just adores him) has been trying to roll over? You know how he’s SOOOO close, but he hasn’t done it yet? Would you ever say to him, “CJ, you can’t do it. Just give up, you’re never going to be able roll over so just stop trying?”

He looked at me with these big sad eyes and shook his head no.

He said, “I would tell him that he could do it. To keep trying and he’ll get it.”

I said, “Right. We would never tell him that he’s not good at rolling over, right? We would tell him to keep practicing! We have to keep giving him the opportunity to practice, that is why he has to do tummy-time, right? It’s the same with you. If you keep practicing and keep reading, you’ll get better and better.

So, if you would never tell CJ to give up, why would you tell yourself that?”

I asked him if he could try again, and sure enough he got the word. And he started laughing…his cheeks still wet from all the tears…but he did it. He didn’t give up, and he proved to himself that with a little patience and a bit more practice, he COULD do it.

Don’t you know that the VERY next morning, CJ rolled over in front of Michael? I kid you not. It was AWESOME…and of course I was like, “SEEEEEEEEE, Michael!” hahaha!

When do we stop focusing on our efforts and instead get utterly consumed with the outcome?

Nothing is easy in the beginning. Not making healthier choices, not learning how to lift weights, not waking up earlier to get to the gym, not cooking…NOTHING. There is a learning curve for ALL of those things and we have to go through the discomfort before things “feel” effortless.

If you want to get better at something, you need to stop giving up when things get difficult. Or when it’s not “convenient” for you to practice ( like, maybe, during the holidays 😉 ).

You CAN do it (whatever that “it” is)…but it’s not always going to be easy. You’re more than likely going to want to cry and give up and maybe be embarrassed that you’re not that great, YET – but that’s not how you get better. You get better by showing up and putting the work in.

Keep this in mind. Keep in mind how you are talking to yourself too, because it DOES make a difference. Ask yourself if you are giving yourself the *opportunity* to PRACTICE, or if you are just giving up and starting over week after week….or year after year, even.

We all need these reminders, right? Especially over the holidays when it really does seem easier to give up and wait until we have less going on. But isn’t this the BEST time to practice navigating social situations, parties, and temptation? We’re certainly going to have lots of opportunity! You can either give up, or you can practice. I hope you choose to practice, and I want you help! Join my totally FREE Holiday SWING (Strategies With the Intent of Not Giving up).  Learn more, and sign up here! 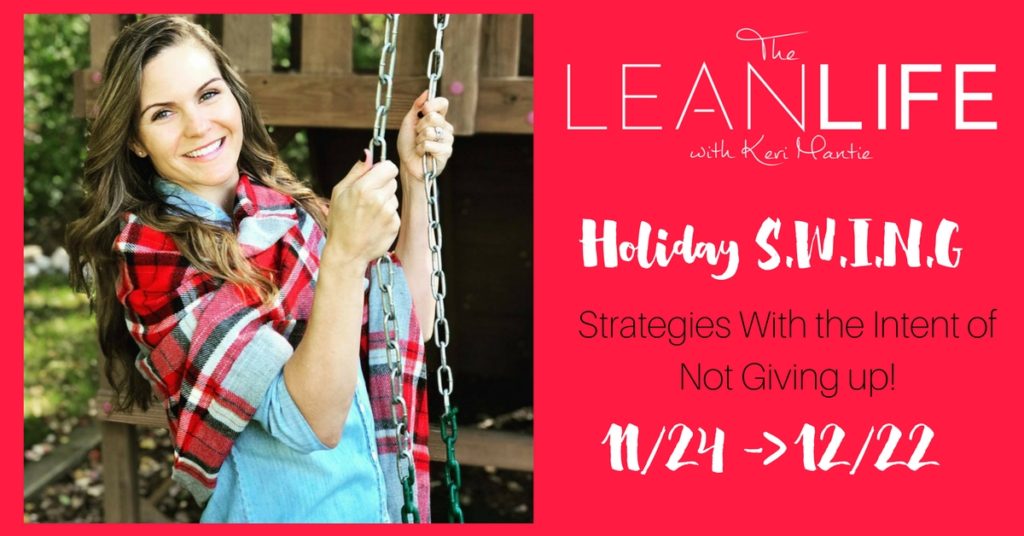